We would check into a hotel and make a bet how long it would be before the naff futuristic video of the boy band in space – you know, the one that makes an episode of Red Dwarf look like Avatar – would appear on our TV screens. Later that evening, the song would follow us from bars to Italian nightclubs. I even heard it at the airport bathroom when we were returning home. If one could take a restraining order out on music, we would have.

Larger Than Life is a song I never liked, grew to hate, and then learnt to love, because now it brings back the indelible memories from that European holiday. I can just put it on and be transported back to our Roman apartment, sitting on the floor drinking cheap Italian red wine and celebrating the fact we found each other, because my friend was delayed 24 hours on Eurail, in the days before you could pop someone a handy text saying “Derailment, see you tomorrow”.

Music and travel go together like beach sunsets and pina coladas. Music is an essential part of the travel experience, whether you excitedly make playlists or burn CDs for a road trip, or just soak up the sounds around you when you are on holiday.

Much of our travelling time exposes us to the background music of the bars, restaurants, shops and hotels that we frequent. Often it does what it says on the tin and remains in the background, but we’ve all had the ambient music that has leapt to the forefront, often for all the wrong reasons.

It’s the shop that plays doof-doof tracks so loud that they drive you out of the store; it’s the elevator muzak that takes your favourite songs and commits murder by panpipe; or the supermarket that starts its Christmas carols in July.

Background music was a big part of a recent trip to Bali, where I thought just how important these travel soundtracks really are. How the right music can lift your mood and the wrong ambient sounds can annoy you precisely at a time you are trying to relax.

I was travelling for work with my 20-something colleague and while my hotel had an annoying tribal drum soundtrack, I spent the afternoon at Potato Head Beach Club, where the music came to the fore for all the right reasons and managed to appeal to both an old man and someone who thought George Clooney was the first Batman. The music also lifted evenly into a party mood as the sun went down (not just cranking up the sound levels once an hour until ears were bleeding).

“We start pretty chill in the mornings, with folk, Americana, soul, indie, then gradually pick up the tempo into the afternoon when the DJs take over,” says Potato Head’s Flic Russell, someone who cares deeply about your travel soundtrack. “Sunset is the peak and you might hear anything from hip-hop to house, ska to disco, jazz to rock’n’roll, new wave to house music and more, or possibly all in one set.” 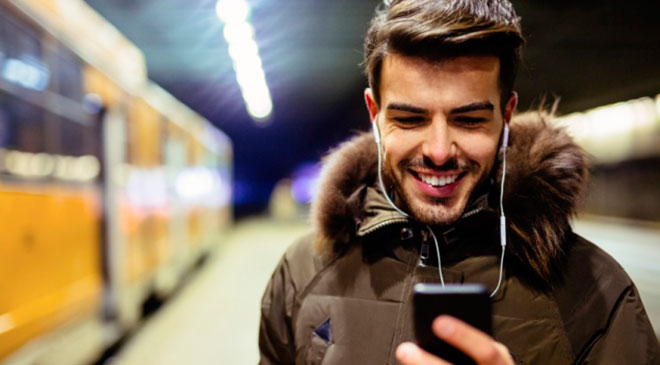 Russell and her music director colleagues are charged with giving their venues a “signature sound”, an aural branding that makes guests connect a place with not just the design and the service but the music a venue plays. They are making aural memories because travel is about all the senses, not just looking at the sights, or tasting the local food.

It was music that made me want to start travelling. When I was in my first job in the art department of a newspaper, and had seen nothing of Australia, let alone the world, my boss was an avid road tripper. He would describe the joy of driving for hours with the window down, because airconditioning didn’t allow you to get a proper feel for a place; it was distancing, distracting. He was a purist. He would describe landscapes like vivid oil paintings and road kill like Jackson Pollock artworks. He would also make me mix tapes with songs such as the Triffids’ Wide Open Road and Joni Mitchell’s Refuge of the Roads, the last verse of which still makes me want to jump in a car, wind the window down and just take off.

I got my love of the road from listening to these tapes and talking about road trips with them playing in the background during work down times.

You can travel for music. While living in Europe, friends and I took a VW campervan to Glastonbury on a trip that remains in my top 10. That field of 100,000 people might produce toilets that require bio-hazard warnings but it also brings thousands of people together with a common thread: the love of music. People are more open, friendlier and ready to meet their new BFF for the long weekend. There is something almost meditative when you wake up in a field and all you have to do for the next four days is pick the best bands of the day and find a quiet bar to buy cider. Music is the whole point, and an experience like listening to the Rolling Stones perform in that hallowed field for the first time in history, along with 99,999 other music fans, is every bit as transcendent as seeing Angkor Wat at dawn.

Music took me to Cuba. After being exposed to Cuban son music by a London friend obsessed with Latin music, another mate and I were having a beer on the back lawn of my house when we first hatched the fantasy of travelling to Havana. Twelve months later, we were sitting in a packed Casa de la Musica de Miramar – the suburban sister of the famous Centro Habana music venue – with a bottle of rum in front of us. Salsa veteran Pedrito Calvo burst on stage from the blackness, hips shaking like a washing machine on spin cycle and he had the crowd dancing for hours. Strolling home later, we found an impromptu jam, taking place in the disused shell of a house with no roof. Music seemed like it was everywhere and the following day we trekked around record shop with broken Spanish trying to find the acts we had seen.

As a solo traveller, taking your own music with you can be as important a companion as a good read, or even a new-found friend. Music can infuse travel moments with wonder, as the Audreys did for me as the backing track to hours of rolling red dust on the Ghan travelling from Darwin to Alice Springs. During travel’s mundane moments, it can give you energy to persevere, as listening to Macklemore and Ryan Lewis’ peppy Downtown did for our whole family on a recent nine-hour drive from Melbourne to Sydney. 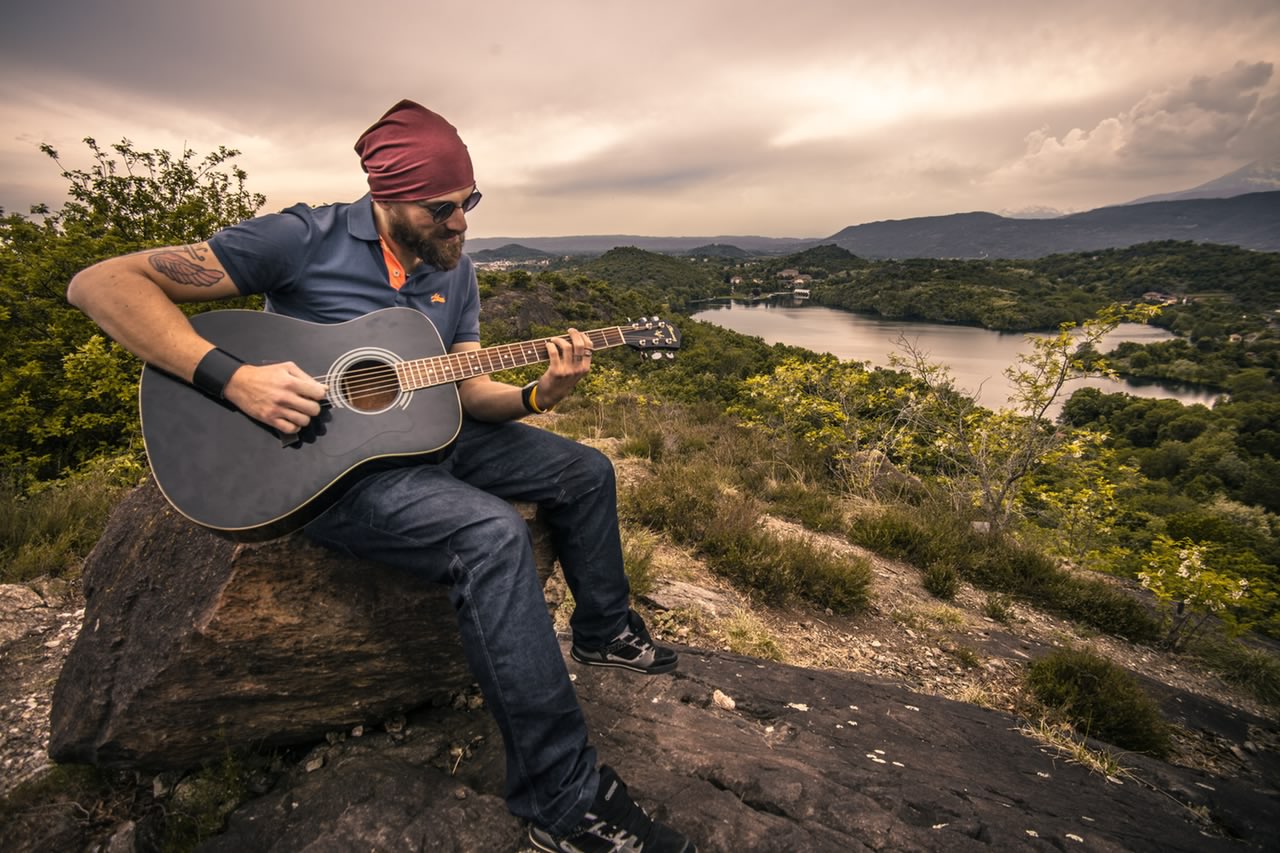 A night of live music is my go-to solo activity when I find myself in any foreign city, a gig guide far more valuable than a travel guide for meeting like-minded locals and travellers.

Playing music that connects me to my travels is more evocative than looking at photos. A photo might trigger a memory, but the right song will trigger a feeling. I spent a very memorable New Year’s Eve in San Sebastian. It was the end of a road trip with a very special set of friends and we had just rolled into town with no real plan. Three carloads of us gravitated towards the sweeping harbour, collecting wine and takeaway pizza from restaurants as we went. Seeing us, a homeless local came down with a battered old beatbox and played music with us, and we shared our bounty. Over the next few hours, more people joined the party, bringing grapes to ring in the new year in the local tradition. We all wound up in a nightclub located under the stairs leading to the beach.

Later, we heard that REM had recorded the crashing of the San Sebastian waves against those same steps while touring and the band had used the wave sample in the song Daysleeper​ (you can hear it at the 2.05 mark). That song will always take me back to that impromptu party – and it’s a little less embarrassing than the Backstreet Boys. 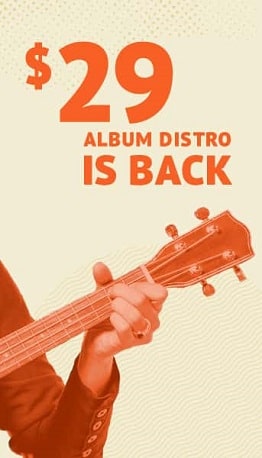